South Halmahera Off Limits for Diving 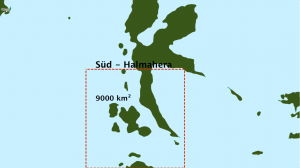 While sailing along the south-western coast of Halmahera with the Indonesian live aboard Tambora last May, the Cruise Director manager of the ship was confronted with a letter of the Regency of South Halmahera. The government paper declaring the “whole of South Halmahera region off limits for diving“.

The area is huge and comprises nearly 9000 km² of sea and small islands. Though there has been intensive dynamite fishing taken place in the past, this vast area still boasts of high biodiversity and there are many amazing dive sites with plenty of marinelife, which are worth a dive.

To ban liveaboards from diving an entire region is something new in Indonesia. We are not talking against a ban to dive the house reef of a resort, which might be understandable. No, we are talking of an area about double the size of Raja Ampat! If other regions in Indonesia would copy this precedent, it would mean the end of live aboard diving in this country. 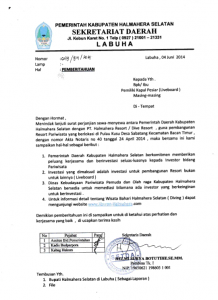 Off Limits for Diving in South Halmahera

The first one is the the diving vessel Liburan, owned by extra divers worldwide, a German dive agency. The second exeption being the Halmahera Resort, a diving resort still in the project stage. According to rumours a joint project of Rudi Ring, the former owner of Liburan, extra divers and a yet unknown Indonesian investor with the aim to build a new dive resort on Bacan island in the south of Halmahera.

The Liburan has been around in the area for quite a time. Rudi Ring, the former owner has established good relations with the local government and always promoted his trips by stating that the Liburan is the only live aboard in the area having a permission of the sultan of South Halmahera to dive the area. This sultan´s letter never had the legal power to completely prevent other live aboards to enter the area but it nevertheless caused some trouble. Some ships were forcibly thrown out of the area. In 2013 the live aboard Amira was stopped in the harbor of Labuha on Bacan island by government officials and the police. They threatened to confiscate the ship and only after long talks and delay the Amira and guests were allowed to leave the area.

The new letter of the South Halamahera Regency however is of a different quality. Here – for the first time – a regional government acts like the colonial powers did 400 years ago. They try to build a diving monopoly preventing all other competitors from entering this market. In colonial times these monopolies were defended by canons and gunboats. Nowadays it is not much different in South Halmahera !! There are no more canons, but there are armed policemen and government officials threatening with the confiscation of ships.

Extra divers reacted quite nervously after being asked for a comment. The German agency only reacted with a lawyer`s letter threatening with a lawsuit in case I continue to convey the impression they bribed the regional government to get the letter.